The Astronomer Margaret Burbidge has died at the age of 100. 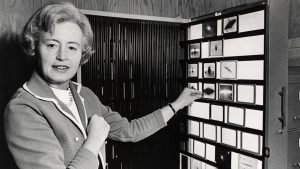 A UK national she did most of her work in the USA after obtaining a PhD, at University College London. Her researches at UCL were during the war time blitz period and she reports doing practical work while hearing the bombs going off in the distance!

She was one of the outstanding observational astronomers of her generation and together with her husband Geoffrey Burbidge, the theoretical astrophysicist , contributed to the famous paper on stellar nucleosynthesis, named after the authors initials B2FH  ( Burbidge,Burbidge,Fowler and Hoyle).  Although Fowler received the Nobel Prize, in part for recognition of this work, many people believe that the Burbidges deserved this highest accolade.

For a brief period Margaret served in the UK as the first female ‘Director of the Royal Observatory’ although the title of  ‘Astronomer Royal’, which previously had always been awarded to the same (male) person, was denied her. Even back in the USA in the 1950s she had problems getting telescope time because of her sex so she got Geoffrey to apply and then used his time slots!

Astronomy has lost a great scientist and female role model.

Check out the section in Astro-News on Geoffrey Burbidge for more information and the Chipping Norton connection.